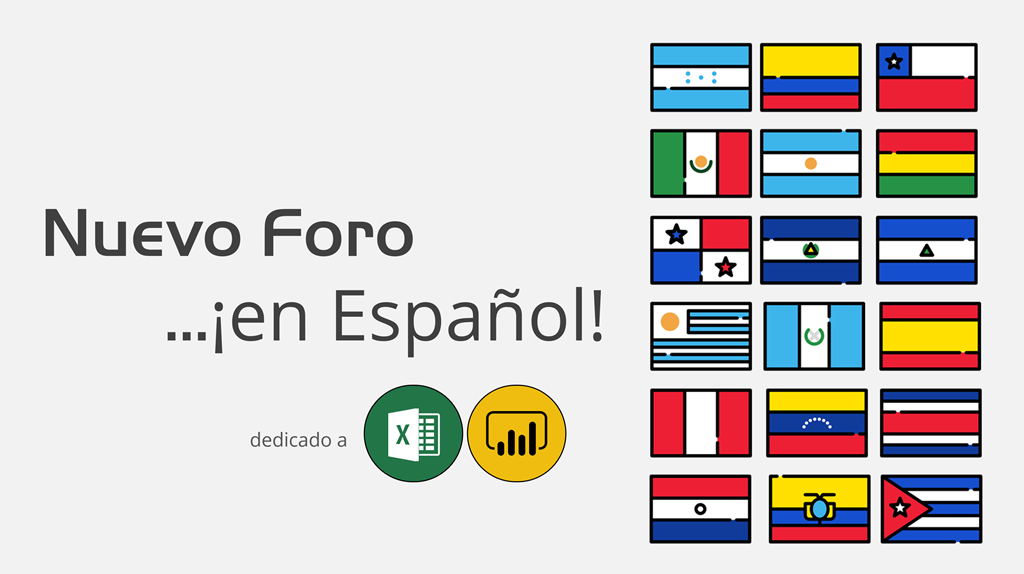 Communities worldwide have emerged and flourished over the years but, can you believe that the Spanish speaking community has never had a forum solely focused on these topics? (ever!)

In fact, the main way that Spanish speaking people have discussions with one another is either through Facebook Groups or, if you’re bilingual and can understand English, through well-known and established forums like the one Ken runs.

This limits the adoption of the “Power” tools inside of Excel and Power BI Desktop in the Spanish-speaking markets as, without a community, it’s really difficult to get any sort of guidance or help as a new user or simply an intermediate user trying to get better.

As of this past Monday, I’ve launched a new (and the first ever) forum specifically for these topics and the Spanish Speaking community.

I understand that this may not be relevant to you in the sense that you might not speak/read Spanish, but I wanted to share the news with you as it symbolizes / represents A LOT for anyone who speaks Spanish and is serious about Power Query, Power Pivot and / or Power BI.

Please share the news with everyone! Let’s use this new forum : )