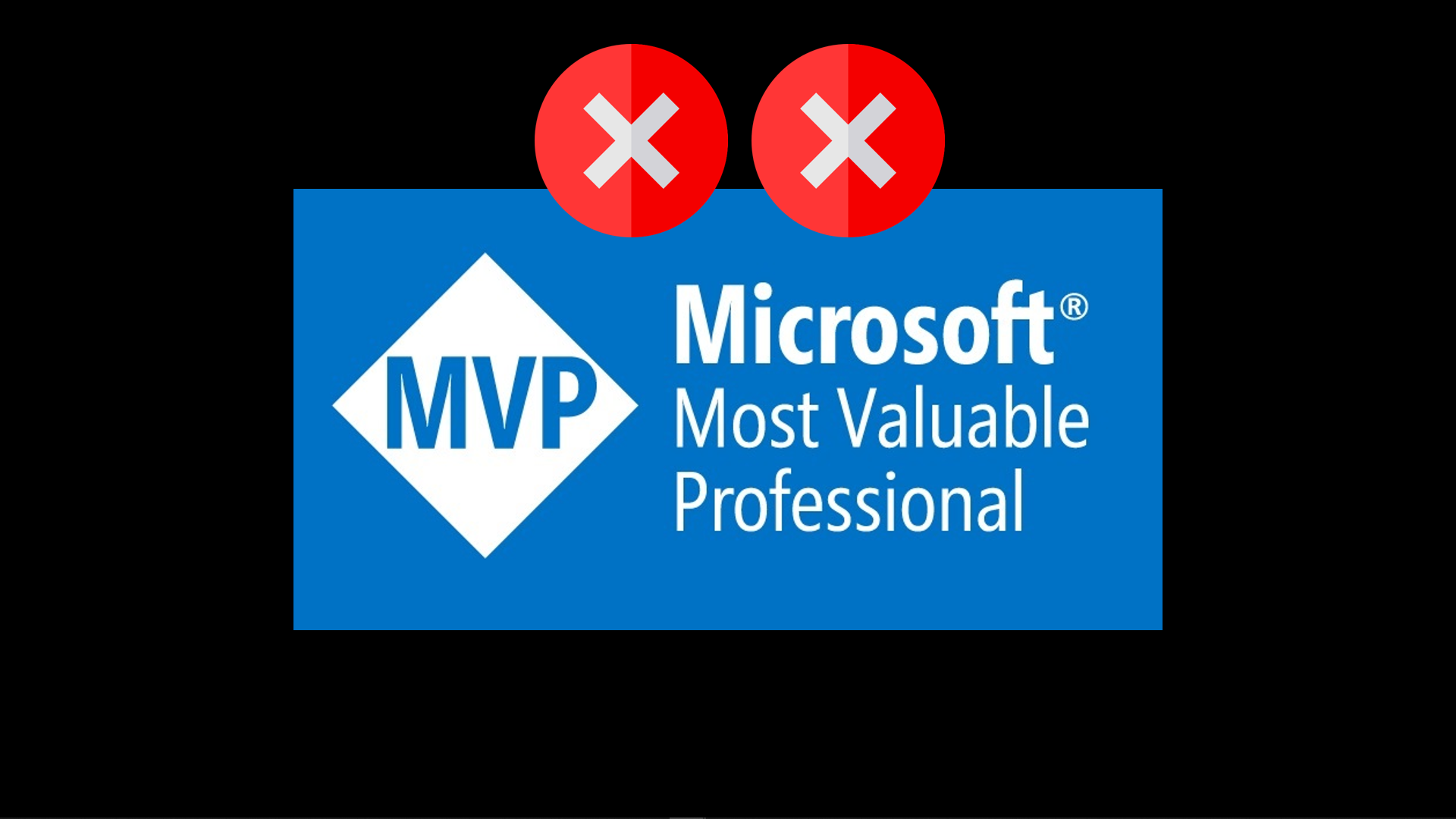 Update 5-Aug-2020: Due to the overwhelming support from the community, the MSFT MVP team initiated a new process to reconsider my nomination and on August 1st I was awared the Microsoft MVP award. Read more about this from this new blog post (here).

I’m writing this a few hours after I received an email from Microsoft letting me know that I will not be renewed as a Microsoft MVP for the period 2020-2021. I’d be lying if I said that I was expecting this or was even remotely ready for it.

The Microsoft team doesn’t take the MVP review process lightly. In fact, it is a thorough process that goes through many phases before this email came into my inbox. Thousands of applicants are reviewed every single year, so I am sure that new an amazing MVPs will be filling the spot that I had. To those MVPs, congratulations!

Being dropped from the MVP Program isn’t new to me. I was an MVP for a few years from 2014-2016 and then I just lost the spark and didn’t do as many community contributions. I was subsequently not renewed.

Years passed. It was during that time that I recognized that the MVP distinction doesn’t really make you a better professional in MSFT technologies. You don’t magically become a “Superman” by being in the program. You, as the professional that you are, have to become that good on your own. That’s when I started investing more in myself as in order to become a technical leader, you have to be able to lead yourself.

In 2018, after talking to a MSFT employee, I ended up submitting my first nomination after a few years to be an MVP again.

I was awarded the MVP award for the period 2019-2020 and now I’m back at being dropped from the program. However, the main difference is that I did put a lot of effort this time to not get dropped again – so it hurts a bit knowing that my best just wasn’t enough. It’s a bit demoralizing to say the least. Not a good feeling.

Most of what you see above was part of a major campaign that I designed in the year 2018 in an effort to push Power BI in LatAm and to create more relevant content for my Spanish-speaking audience. I executed this in a bit over a year and you can check the rest of this website to see how this site provides the most fundamental concepts for Power BI / Power Query to get you started.

I’d like to thank everyone who supported me during this past year and that kept me going during that time to keep pushing more content. Your feedback and support really drove this and I thank you for all your on-going support.

This blog post is more than anything my own way of doing a retrospect of what happened and how I got to where I am, as well as my story with the Microsoft MVP Program in case you feel identified. I am in no way asking MSFT to review my case. I trust the people behind the process and the “ball is on my side” – I need to become a better version of myself. Just need to figure out how.

I will not be pursuing the MVP Program again, but I just want you to know that you as an individual have an enormous value – as Microsoft MVP or not, you have value and you have something to give to the world and your community. Pursue that and add value where you can.

Thanks again and stay safe!

This is ridiculous, to be honest. I think the MVP program is now a joke. Producing SO MUCH content for free and not being an MVP? GTFO, MVP. Miguel, I hope you don’t feel too bad about it. To me personally, the most important realization came when I saw some Power BI MVPs not being technically competent. MVP = promote Microsoft for free. MVP ≠ subject matter expert.

sadly that is the way … MVP <- less knowledge, but more publicity.

While I don’t agree with their decision, I respect it. This just shows how competitive the landscape is and how many amazing folks are out there.

Some of your blog posts are the ones that have been the most helpful to me, and I am most thankful and admirative of what you produce. Sad to see your efforts and expertise not recognized by the MVP program, but you have the gratitude of many users like me !

Thanks for the kind words!