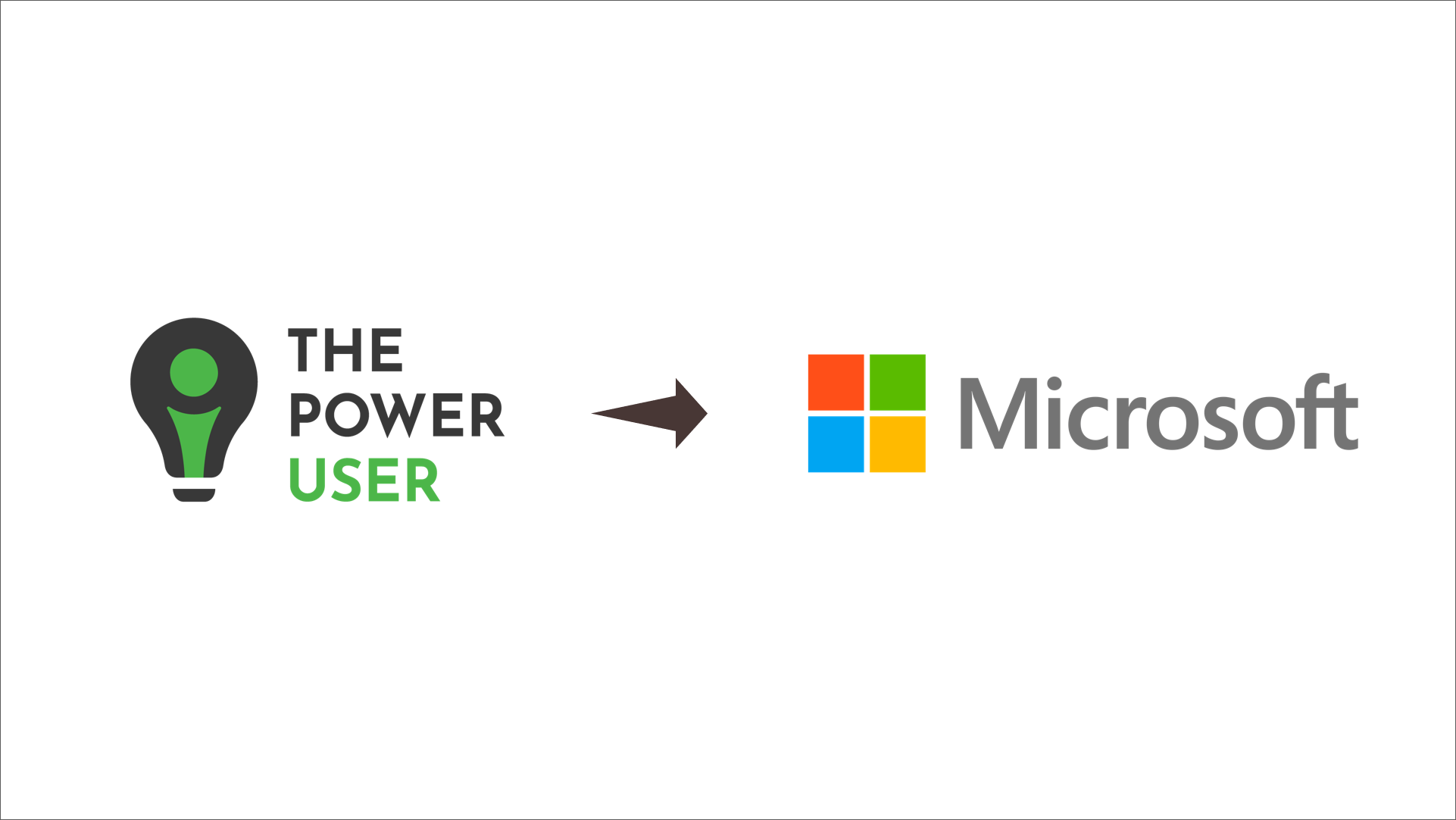 Before I dive into the topic, let me tell you my story.

The Start of it all

My name is Miguel Escobar. I was born and raised in Panama City, Panama – still living here and loving it.

During the year 2009 my family was having a tough financial situation. I was fresh out of high school and just finishing my first year in college, but I decided to change my priorities and put my family’s financial stability first and my studies as somewhat of a second place. That’s how I started my career with a part-time job and then my first more stable job through a company called Sitel where I was, in essence, an avid Excel user that had to create pivot tables and more.

A few years passed and, while I was working at another company called 20th Century Fox as a Sales Analyst, I discovered PowerPivot through a video from Bill Jelen (MrExcel). This was in 2010 and this sparked a lot of changes in the way that I worked with data. My managers were loving my new PivotTables that came thanks to the usage of PowerPivot. They effectively change the way we did business and they’re still being used to this day.

In 2011 I took a more formal course about PowerPivot from Marco Russo and Alberto Ferrari which was called the PowerPivot Workshop. This solidified my understanding of core concepts with the language behind PowerPivot called DAX and how important Data Modelling truly was and still is.

In 2013, after reading Rob Collie’s book thoroughly, I decided to leave my current job and join the “Revolution”. That’s how the brand “Powered Solutions” was created where I was effectively a freelancer that relied heavily in PowerPivot and Excel or what was known back then as the Modern Excel.

During my first few months as a freelancer, I realized that the revolution that Rob mentioned was real, but it was a different reality for each and every single person. As a freelancer, I quickly realized that for my prospects / leads / customers, data was never in the right shape or form. Furthermore, most customers don’t have the tools to modify the data at their data sources to fit a particular shape that would work well with PowerPivot.

In short, my prospects / leads / customers first needed an ETL solution, but they either didn’t have the funds, knowledge, or the tools to accomplish their desired result, so we were dead in the water. The only alternative was to get creative with how we created our data model and use complex DAX formulas, or just not do anything at all.

This was a huge reality check for me. PowerPivot, by itself, has the potential to be an amazing tool, but as the phrase says “garbage in, garbage out” – if the data that you put into the data model is not in the most optimal shape for it, do not expect the results of your data model to be the best either.

The Eureka! Moment: Power Query to the rescue!

Later that year (2013), Microsoft released a new add-on for Excel called Power Query (fka Data Explorer). This was the tool that since day one started changing my life and the lives of my customers for the better. It was a UI driven ETL tool aimed at the business user and had a tight integration with PowerPivot. It was just a match made in heaven and exactly what I was needing. You could call this an inflection point in the history of self-service BI with Microsoft tools. There was a time before Power Query and a completely different time after Power Query. Trying to do BI in the times before Power Query now feels like trying to go back to the Stone Age – the difference is like night and day.

Ever since I started working with Power Query, I tried to push things to its limits and since it was a pretty new tool there was no content for it out there from any blogs, so I became one of the first few websites that started talking and creating content (YouTube videos and blog posts) around how you can leverage Power Query and its underlying language called M.

Two is Better Than One: Meeting Ken Puls

Some time passed by and, after finishing the translation of Rob’s book, Bill Jelen and Rob Collie introduced me to Ken Puls. Ken was also creating content for Power Query and was also feeling this BIG change of the new post-Power Query era. He and I decided to write a new book about the tool that we knew and love (Power Query) which would later become “M is for Data Monkey” and published in 2015.

During that same time, Ken and I decided to create a new project called “Power Query Training” where our goal was to be the #1 resource for everything related to Power Query. We provided online training to hundreds of people and had the ability to interact with many of you – the interactions and getting to know people’s scenarios and special requirements were usually much more fun than going through our content and I miss those days.

We later changed our efforts to an online training offer that could was more scalable which were the pre-recorded / on-demand video training, which is what we now know as the Power Query Academy.

Fast forward a few years more into 2020 and we’re now in the COVID-19 era were multiple businesses, including Powered Solutions and PowerQuery.Training, were being negatively affected.

Ken and I decided to take measures and go all-in with PowerQuery.Training so we invited Matt Allington to join our project and take that project to the next level. That is how Skillwave.Training was formed and why you’re seeing such a big investment into the website and the user experience inside the customer portal.

Thanks to this change, both Ken and I were able to pivot things around and, to different degrees of success, made our businesses viable again from different perspectives.

There were key moments in my life from 2013 until now where the Power Query team went above and beyond based on some of the feedback that I provided. Key moments that literally changed my life as I was about to give up on some projects (and pick a different technology), but the Power Query team came in clutch and figured out a way to really take advantage of everything that Power Query has to offer.

It was during those key moments where I realized the quality of people behind the product. It was not just people doing work because it’s part of their job, it was more like an artist working on its craft and how to take their art piece to the next level – these people (especially Miguel, Matt, Curt, and Ehren) were REALLY passionate about what they were doing and why they were doing it. At times I tried to show them my gratitude and the impact that their work was having in my life and in the lives of my customers. The people behind the Power Query team are pretty humble folks – with little to no ego – and they do a good job because that’s what they like to do, what they’re passionate about.

For a few years, a few folks have asked me if I would join Microsoft and my answer has always been the same: “If I could, I’d join the Power Query team. Not for the money, but to work with great people and create the same impact that they had in me for new users with new experiences.”

My new role and some changes

In May of 2021 I accepted an offer from Microsoft to work as a Program Manager in the Power Query team. As of publishing this post, I don’t have a start date yet but the team and are eager to start this new journey as soon as possible.

I have no experience as a Program Manager, so I’m getting ready for my first few weeks to be some sort of a “crash course” and I’ll just act like a sponge and try to absorb as much as possible

I love new challenges. I’m feeling pretty confident about this decision but overall, I’m feeling more grateful than anything else that the Power Query team is taking this chance with me and giving me a shot. It’s my job to make this “shot” count and make it worthwhile for everyone.

Due to the nature of my new role and my new relationship with Microsoft as a Full Time Employee:

I just want to say thank you to everyone who’s been a part of this journey so far. I might be taking a new role, but all experiences will be coming with me and I’m hoping that I could have a positive impact in your life by delivering great new experiences in Power Query wherever you might want to use it.

From the bottom of my heart, thank you!

Congratulations! You’ll be missed at SkillWave, but can’t wait to see what you accomplish with PowerQuery!

thanks for the kind words, Nick!

What an insightful professional life. We wish you well in your new role at Microsoft and wish to see added improvements in PowerQuery per feedbacks received from users.

Great to hear your story and congratulations! I know you will do great things at Microsoft!

So what’s the process now, everyone comes here to request power query features? 😁

hahaha I can already imagine that happening, but my comments section would probably butcher whatever you might try to say as it does its own rendering of html

Thanks for the kind words!

Congratulations! I bought the new Master Your Data book today. Thanks for getting that out, I’ve been looking forward to it for a few years 🙂

let me know what you think of the new book!

congratulations and lots of success

Congratulations and looking forward to having you in the team soon!